“This luncheon is the first of a number of initiatives intentionally intended to lead students, their families and members of our universities community to ensure you are connected on campus and have what you need to be successful,” said Susan Trageser, Vice President for Student Affairs, during the beginning of the event.

The lunch is meant to encourage communication and networking among other first-generation students and families so that they can learn from and support one another.

“It takes a strong support system to ensure success,” Trageser says as she’s ending her speech.

With this new event, families were eager to join in.

“We sold out all 150 seats in the first 10 days tickets were available,” stated in an email from Tricia Smith, the facilitator of the event and Associate Vice President for Student Life.

Students shared their thoughts on why they became a Highlander:

Nursing major Jessica Burke said, “I like the campus a lot, and I like the environment around Radford. It feels kind of like home here.” Burke’s family mentioned that she was inspired to become a nurse because of how she saw other nurses treat her grandfather in his final days.

The luncheon continued with two first-generation student speakers and a professor, with a raffle for a $100 Barnes & Noble gift card and a $500 book stipend between talks.

Tricia Smith, the facilitator of the event and Associate Vice President for Student Life 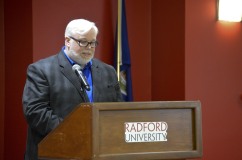 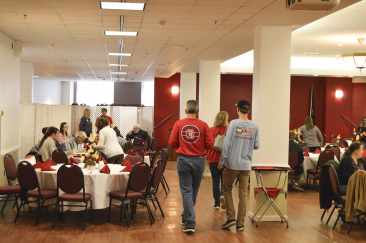 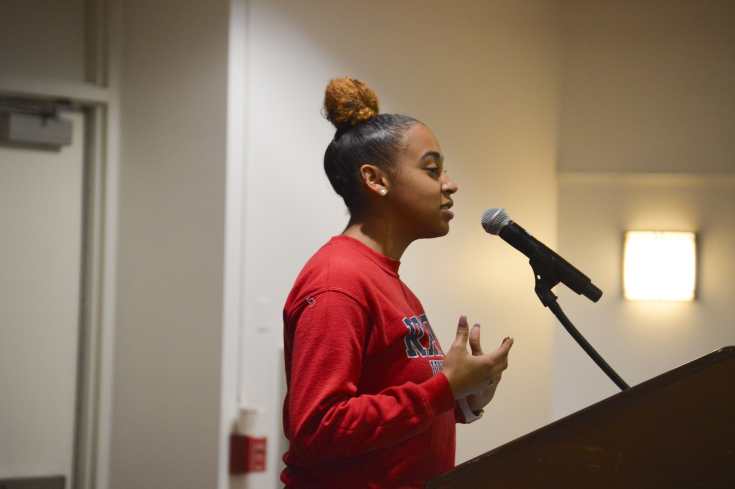 Tanishia Stevenson, Elementary Education major, said, “Don’t give up no matter what it is that you do. You’re always going to have stuff going on. Keep pushing it. You made it this far; you made it to college, you made it past High School, you made it to the point where you’re on your own here at college and your family isn’t here. Reach out to your support, because everyone wants to see us succeed.”

Next up was Psychology major Carrington Carey, who mentioned that she had trouble going through with her first major choice, which was Biology. Carey realized that it was not for her and so she went to the Pre-Major Advising Center.

“They helped me find what I really enjoyed,” said Carey. “I knew after I had my first intro to psychology class that it was definitely what I want to study as my major and my career choice.”

Dr. Jamie McDaniel, Assistant Professor of English, ended his speech stating that “don’t let anybody make you feel like you don’t belong on campus. Go to office hours and get to know professors because professors are invested in your success, and the good ones truly want to help.”

After the speeches were over, the raffles were given to the winners, and families had enough to eat, Smith wanted to leave everyone with this note:

“The Highlanders will be here for you today, tomorrow and as you go forward in your life.”

For more information and links from the Division of Student Affairs head on over to their website at Radford.edu/content/dsa/home.html.

*This article originally published on The Tartan*