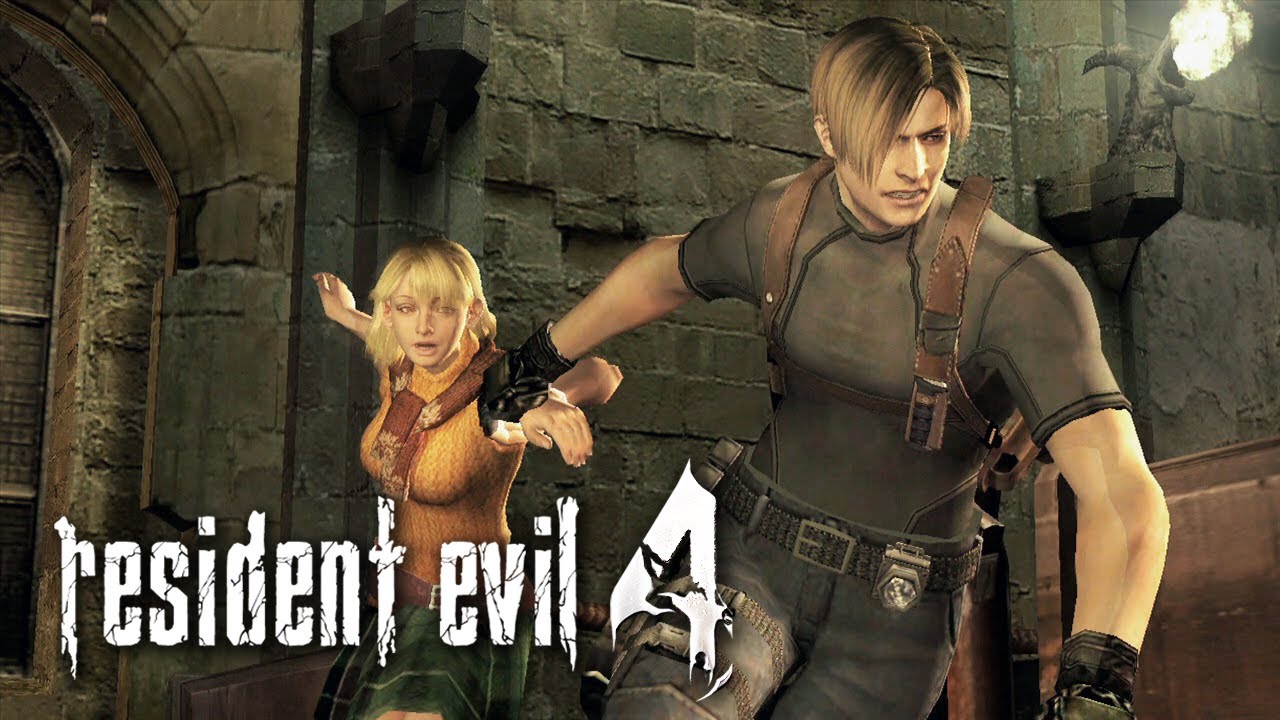 To start this thing off let’s take it back to when I first got Resident Evil 4 in 2016.

It was the late Summer, around 12 pm on a Sunday. Our family loves to ‘yard sale,’ and that’s actually how I get most of my games and systems. I was sleeping after my dad bought two giant -went to the ceiling- cat towers. He woke me up to tell me that he stopped by a sale that was selling videogames. I first debated if I honestly cared enough to get up, but I eventually realized I might miss something if I didn’t go. So I did.

We drove over to the yard sale, and I walked in not seeing any games. Realizing that they might have been picked clean, I wasn’t completely wrong. They did have some interesting leftovers, though. I bought two Gameboy Advance video cartridges (Cartoon Network Vol. 1/Vol. 2) – and Resident Evil 4 for the Gamecube.

I took them home and watched both GA video cartridges right away, but it took me about 6 months to finally play RE4. Actually, right up until last weekend (January 28), when I finally played it.

Reminded me of today’s Darksouls and The Evil Within

First impressions count a lot, and I thought the graphics looked outdated and the controls were kinda whack. But then I actually played the game, and I loved it, from the opening 4th wall breaks and grainy scenery to the widescreen presentation. It all made the whole thing extra scary… and it was.

The first time I saw the crazed chainsaw man and the Las Iluminados attacking me from behind while jumping on me from around the corner I was yelling out loud for them to stay away from me. It kinda reminded me of today’s Darksouls and The Evil Within. I can see why everyone loves this game, though, and why it basically won every known video game award back in ’05.

For the most part, though, the Bosses weren’t that difficult.

Though, the reason for that is probably that my trusty shotgun would never leave my side… and I had two!

They definitely came in handy when I needed to pump hundreds of bullets into the Regeneradors when I stupidly didn’t buy a rifle after finding the infrared scope. If I had to choose the scariest and most frightening enemy in RE4, it would be them by the way. Freaking slow moving with heavy breathing creeps me out.

Also, the most challenging boss fight I had was the water monster. One- I hate things swimming underneath me, and two- I didn’t really know how to kill this thing.  Easily one of the most memorable parts of the game.

The lore in the game gave me what I needed to know, but it didn’t really expose much about some of the characters. For instance, the secretive Ada Wong. I’m pretty sure I tried talking to her about seven or eight times in the game, and she would just disappear. It was kinda frustrating even when I knew the basics of what she was doing. I do need to get the PS2 version or the remastered version so I can play the Ada Wong story.

Luis was a funny character, but because he always had to go back and get the research he kept disappearing, and that’s what eventually caused his death. I’d wish he lived a little bit longer because I just ended up leaving his dead body in a castle.

“It felt so good because I hated him so much.”

There are two of my absolute favorite parts of the game.

The first one is definitely Leon nailing the little pirate Salazar in hand. It felt so good because I hated him so much. One of the most annoying bosses I have ever fought in any game. And the second one would have to be the helicopter support from above. Well, before Mike and I could share a beer. RIP…

I was glad I had a break to just kick butt and take no names because Mike didn’t give me the chance to. He was blowing everything up, and that was incredible! I couldn’t have asked for a better rain of hellfire.

She wasn’t the best character, but she definitely wasn’t the worst. When I first heard Carolyn Lawrence was the voice actor I was pretty happy because as you might know I love the Spyro games and she did some work in those games.

A number of times I issued the “wait” and “Get over here” commands to her character is countable. But on a serious note, Ashley just got in the way at times. She just sticks to you like white on rice. I would tell her to wait somewhere far away so I could explore pretty often.

Plus the fact that she can’t climb down ladders is kinda stupid. She did provide some comic relief and charm to a dark story, though. That’s especially true mixed in with Leon’s smart comments, which also make for some laugh out loud moments.

On a quick note here, I loved how this horror game ended in the most ‘James Bond’ of ways possible. Riding into the sunset on a jet ski with a girl on the back and the Island blowing to smithereens.

But now it’s time to talk about the strangest, weirdest (yet kind of nice to see when everything’s going up creek) guy ever; The Merchant.

He sells things, and I’m fine not asking where he gets them. I can now definitely see where they got the design for Zur (Destiny) too. The Merchant is not the guy I want to get on the wrong side of, but it’s kinda weird knowing that the Las Iluminados is so much into shooting ranges, because they’re everywhere. And one other thing, try shooting him.

All in all, I had a great time with the game.

It was honestly a great breath of fresh air, stepping back from all the big name AAA games of today. Resident Evil 4 is a “perfect” game back in 2005, but that doesn’t stop it from impressing me even today. And since Resident Evil 7 is out now, I think I’m ready for that next revolutionary turn in the Resident Evil universe.

Oh and before I go who could forget about the dog. One of the best Videogames dogs up there with Trico (The Last Guardian).